Talk about a hazard! A giant alligator took a stroll across the fairway, making his way to the lake beside the third hole at Buffalo Creek Golf Club. Video courtesy of Charlie Helms.

Golf by itself is hard enough, but adding a gator onto the mix only makes the entire thing more dangerous.

Playing on the fairway of Buffalo Creek Golf Course in Florida, a group of people were surprised to see a massive alligator crossing the fairway. Charles Helms, 56, was actually on the third hole when the wild animal was spotted and said there was a stunned silence between the golfers present. Thomas pulled out his phone and began to record. When asked why, Helms jokingly said, “A better question might be how can you not record it?”

“It is very common to see alligators on a Florida golf course and they’re typically not a threat to golfers,” Helms said. “Wild alligators are shy and will not bother you unless you provoke it or corner it so it feels threatened.”

There’s another brave man in this footage. His name is David Matos from nearby Parrish, Florida.

“He was at a pretty safe distance,” Helms said. “This alligator was so large he would only move slowly about 100 feet at a time before having to lie down and rest so he probably wasn’t in as much danger as it may have appeared. An alligator expert may refute that; I’m just going on what I have been told.” 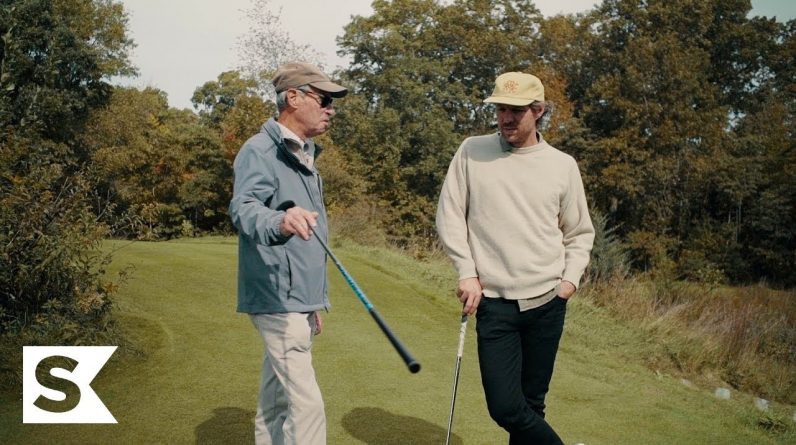 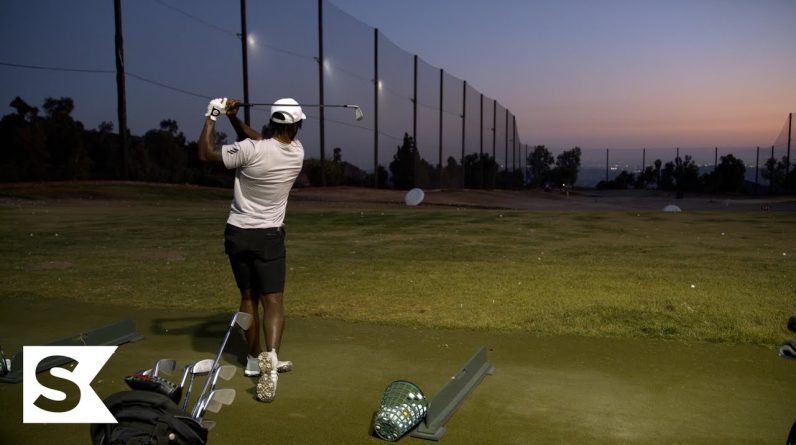